Congrats to Vice Commodore Bob Colman who has just finished his third Sydney to Hobart yacht race in what has been described as Champion Sailing. HIs wrap of the race is below:

North-Easterly winds allowed the fleet to carry spinnakers into the Bass Strait and achieve 200nm daily runs in the right direction. The Bucket List crew on Audacious (below), a Sydney 38, chose a more conservative sail plan and reefed the main at night in conditions that bold and daring sailors can only dream of.

On day three, Audacious found themselves in a smoky haze 50 nautical miles south of Eden. When a fresh westerly cleared the air, the fleet had disappeared over the horizon. A lively run down the east coast on Tasmania allowed Audacious to catch up with the slower yachts in the fleet until the Derwent becalmed the enthusiastic crew. After achieving 20nm in 12 hours, a 44 knot northerly forced Audacious into dropping the sails and finishing under storm sails to place last in division 5.

Darwin sail maker Scott Smith had a rewarding race on Cartouche, a Beneteau First 50 from Brighton, Victoria. This is the second Sydney to Hobart race for Scotty and they finished a respectable 7th place in IRC Division 5. 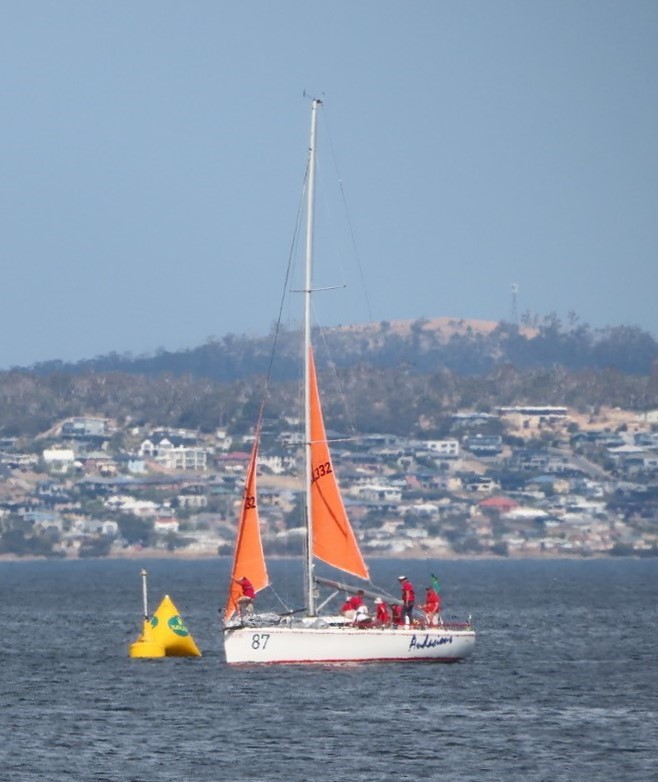