It was our 4th race in the Spice Islands Darwin Ambon Yacht Race.

We sail in the Cruising Multihull Division and have placed 2 firsts and a second over the last 3 years. The boat, a Malcolm Tennant designed Dakota 10 metre foam sandwich catamaran, weighing in around 3 tonnes. She’s done some miles, also holding Handicap, Line Honours and Race Record for the Darwin to Saumlaki race. 2 bullets and a second in this race as well.

Anyhow the story goes … we had left Ambon and were travelling south-east to Banda Neira (the spice islands) for a stay over before continuing back to Darwin. The night was cloudy and at 2200 we were entering the harbour when in 44ft of water we collided with “an object” which holed the starboard hull. We were unable to contain the leak and the starboard hull began to sink, we were 2 up on the boat, Mike and myself, and both on deck. We drove the yacht under motor toward a nearby beach only for the centre pod motor to fail due to water ingestion. We through the anchor, radio called “mayday mayday” and began to sort our survival plan. The inflatable tender was launched and motor fitted, passports and paperwork thrown into a dry bag and put into the tender. After 20 minutes the listing became worse and the boat capsized. I was retrieving another dry bag of wallets, phones etc when the surge of water drew me into the rapidly filling cabin, upside down and now inverted the exit was to swim down into the cockpit then down again to exit the transom.

Scary to say the least. Next day we tasked a local dive centre to retrieve as much as possible, the previous night we cleaned up the flotsam with the help of 2 other yachts who came to the mayday call. The Insurance Company said to salvage the yacht at that location would not be cost effective, so suggested we sell the boat, give them a bill of sale and they would pay out the insured value. The local dive shop purchased the upside down Vitamin B for $3000, and planned to use it for a clean-up plastics in Banda project. She had gone to a good home.

We hitched a lift home with Nev and Pete on a Bennetau 50.7, not too shabby with a cabin and ensuite each, but had left our pride and joy in Indonesia.

Time for a new project. 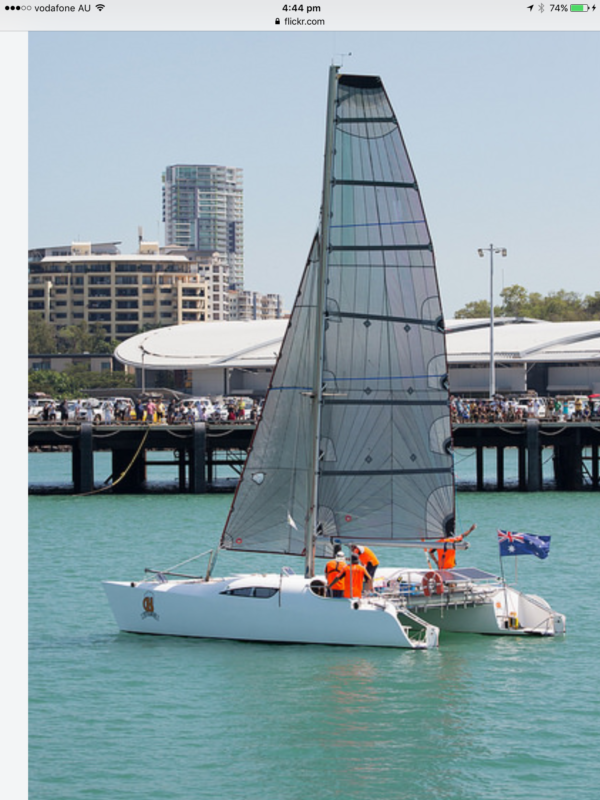