You are here:
The yacht blog 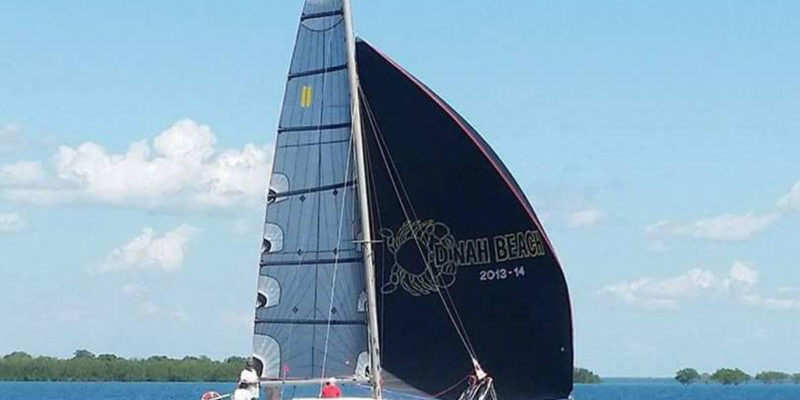 It was a memorable trip to Ambon again, the old “can we ever get around Cape Fourcroy scenario without doing circle work”?, splitting Babar and Wetan Islands, nearly touching base with Liquidity 11 some 40-50 miles north of that passage run and then a dream run up Ambon Harbour.

We had one of the 8 father/son teams this year with my son Harry on-board, also Mike Skinner and Brett Hall made our crew of 4.

Again our luck failed with not being able to get the boat to the other end without damage. We were reaching in about 15 knots when the port rudder casing gave way. A split through the leading edge proved unfixable whilst enroute. We finished the race using our “running spare”, gotta love catamarans, and sourced repairs in Ambon.

The comradery as always was great, the celebrations exquisite, the Mayor’s function delightful, the canoes of refreshments highly sought after, a visit to a school, a serenade of 80 odd ukuleles, some games with the local kids and another year of rapport between the Australian and Ambon Sailing Communities.

Many thanks must go the organising committee and their helpers albeit from Commodore and down the ranks. I’ll name Joy, Ray, Rick, Claire and of course the Ambon team.

Although a great race, Vitamin B came unstuck entering Banda Harbour and eventually “turned turtle”. After a Mayday call, Ric and team on Pandora and Neville and team of Finally came to the rescue. Pretty well all is sorted now with insurance etc.

I would like to thank the boats and their crews for bringing VB’s flotsam home, Wallop, Finally, Liquidity 11, Cockatoo and Pandora. Gee we must have had some stuff on-board!

Team VB is looking forward to finding another yacht and competing again in this fantastic blue water race.